Four Celebratory Exhibitions at the College Four Celebratory Exhibitions at the College

On Saturday following Liturgy, guests were invited to view four exceptional exhibitions, which were presented in two of the future classrooms. In the first room, a series of wall mounted panels was presented, each one of them showing major milestones in the building of the College to date. From groundbreaking, to the leveling of the land and preparation for pouring the concrete slab, to the building of the internal walls, the raising of the roof, the cladding and glazing of the building , through to the internal fit out of the rooms, ending with the landscaping and erection of planter boxes.

In room two, guests had the opportunity of seeing two outstandingly curated and presented exhibitions. Serbian Militaria, Orders-Medals-Badges, 1865-1945 was presented by Fr. Sasa Radoicic. One of the most comprehensive collections of medals outside of Serbia, it attracted widespread attention. Abbot Metodije spent considerable time viewing the exhibition and was astonished that such a substantial number of medals are in private collections in Australia. Posters featuring some rarely seen photographs of the plight of Serbia in World War I, gave a valuable context to the exhibition. This exhibition was important as it is tangible evidence of the great sacrifice Serbia made not only towards its own emancipation, but also to the preservation of the liberty of her neighbours.

The other side of the room, showcased the wealth of Serbian gold work embroidery from the late 18th to the mid twentieth centuries.  Curated by Danica Majstorovic-Eather and Protinica Milica Radan, many people were likewise astonished that such fine pieces of gold work embroidery are in private collections in Australia. This collection is significant not only for its aesthetic merits and exceptional craftsmanship.  A large part of the collection, and some of its oldest pieces originate in Kosovo and Metohija. A 240 year old jelek for Metohija demonstrates that Serbs have for centuries lived in the province and are not an alien occupying nation, but have a justified claim to the birthplace of their nation. Some of the breathtakingly beautiful pieces left viewers speechless, many of them shedding tears as they moved from showcase to showcase.

In the foyer, Fr. Srboljub Miletic presented his recently released English language volume, “A History of the Serbian Orthodox Church in Australia and New Zealand” which has just been published by our Metropolitanate. Fr. Srboljub authored a substantially researched, and considerably more comprehensive volume of the same name in Serbian several years ago. It proved so popular that a reduced English language volume was sought after, and is now available to our ever growing number of non-Serbian speaking faithful. Father Srbo and the Metropolitanate are to be commended on this much needed initiative.

The presenters were greatly encouraged to mount exhibitions of this kind in the future, for, as His Grace Bishop Siluan has repeatedly reminded us, the preservation of such cultural wealth is essential for the maintenance of our Serbian identity, both in Serbia and in the diaspora. 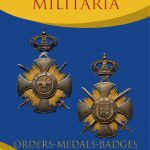 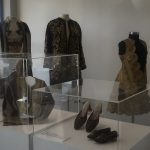 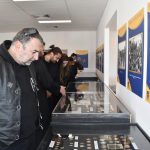 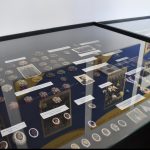 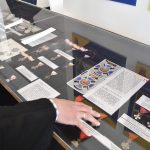 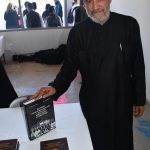 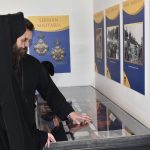 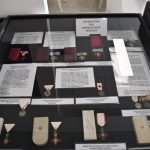 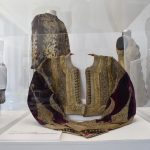 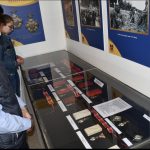 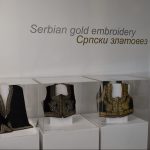 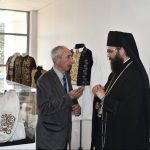 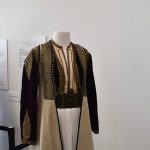 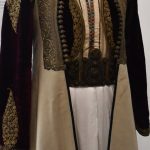 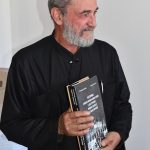