In Belgrade theatrical circles, Nebojsa Dugalic is known as the “actors actor,” meaning he is one of the most universally respected professionals in the performing arts in Serbia. At the invitation of St Sava College, Nebojsa first toured Australia in 2002 with The Belgrade National Theatre’s production of “Solunci Govore.” Since then, he has remained a valued friend of the College, maintaining a keen interest in the development of our project. On his last visit to Australia in 2016, he was completely taken by the land on which the College is being built. Hear what he recently had to say about it here.

Nebojsa is a very familiar face in Serbian Church circles, always offering his talents at major commemorative events all over the country and abroad. Together with his wife and five children, Nebojsa lives in Belgrade and regularly attends his local parish. In Sydney in 2016, Nebojsa performed his acclaimed monodrama, “Reci Svecoveka” based on the writings of St.Nikolaj Velimirovic. He has written numerous theological and spiritual reflections, and is what can only be described as a loving, kind and committed Christian.

Currently, many would be familiar with his lead role in the Serbian TV drama series titled, “Senke nad Balkanom.” At 50 years of age he is a principal of the Drama Theatre at the National Theatre in Belgrade. He has played over one hundred roles in theatre, film, television and on radio, performed in classical as well as contemporary plays, interpreting roles from the dramatic through to comic, and he currently plays the lead role in the Serbian production of Les Miserables at the Madlenianum Theatre in Zemun.

Nebojsa plays the piano, guitar and several woodwind instruments and is a full-time professor at the Arts Academy of Belgrade. St Sava College is honoured to have him as a friend, we are grateful to him for taking time out to create the attached film clip. We hope to once again welcome Nebojsa to our shores in the near future. 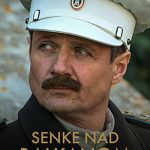 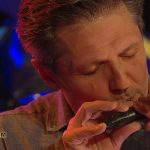 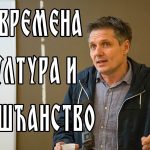 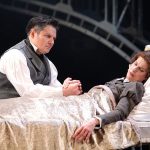